With millions of daily users, Reddit enjoys a decent amount of posts daily across different subreddits. Most communities thrive by getting content posted on them, with the members interacting with and upvoting such posts. New users may occasionally see other users use the letter “F” in their comments in different communities. This article is for you if you are among other Redditors for less than 30 days who are confused about what F means.

F is essentially a user’s way of expressing their respect for a comment, post, or any other comment. It originates from, and is a reference to a scene from the popular FPS game, Call of Duty, where the player’s Avatar is at a funeral, and the game prompts the player to “Press F to pay respects.”

However, depending on the community you observe this usage, F could also represent that the person making the comment is female. This usage is predominant in communities like r/Sex, where OPs designate their gender and ages to provide more context to their posts. For example, a 25-year-old male will represent his gender and age as M25, while a lady of the same age will represent her as F25.

If you believe that a post is using these expressions derogatorily or in a way that you find upsetting, you can hide the post. Hiding a post requires different approaches depending on the platform you use Reddit on. On the old desktop Reddit design, you can hide posts by simply clicking on them from the options below the post. You can find it among other options like the number of comments, “Share,” “Save,” “Save,” “Give award,” “Report,” and “Crosspost.”

On the new desktop design, you have to click on the three-line icon after options like the comment numbers, “Award,” “Share,” and “Save.” Clicking on the icon will reveal two more options, including “Hide.” Selecting “Hide” will hide the post, sending it to your hidden section in your profile.

The process for hiding posts on the mobile app version of Reddit is similar to the mobile website version. Likewise, click on the three-dot icon at the top-left corner right above the post. This will reveal a new window with several options, including “Share,” “Save,” “Copy text,” etc. Find “Hide” below “Block user” and click on it to hide the post.

You can find your hidden posts by going to your profile’s “Hidden” section. Here, you will find all the content you have hidden on the platform.

OP- OP on Reddit means Original Poster. You can see other users in the comments refer to such person as the OP, meaning the person who made the post of which you are in the comments. Reddit also lets you know when the OP participates in the comments section by putting the “OP” tag next to his username when they post. OP could also mean “Overpowered,” so it depends on the context.

Crosspost – A Crosspost describes when a user takes a post from a specific subreddit and (cross)posts it on another. When such a user crossposts the post, it will include an embed of the original post and other vital information regarding the original post. 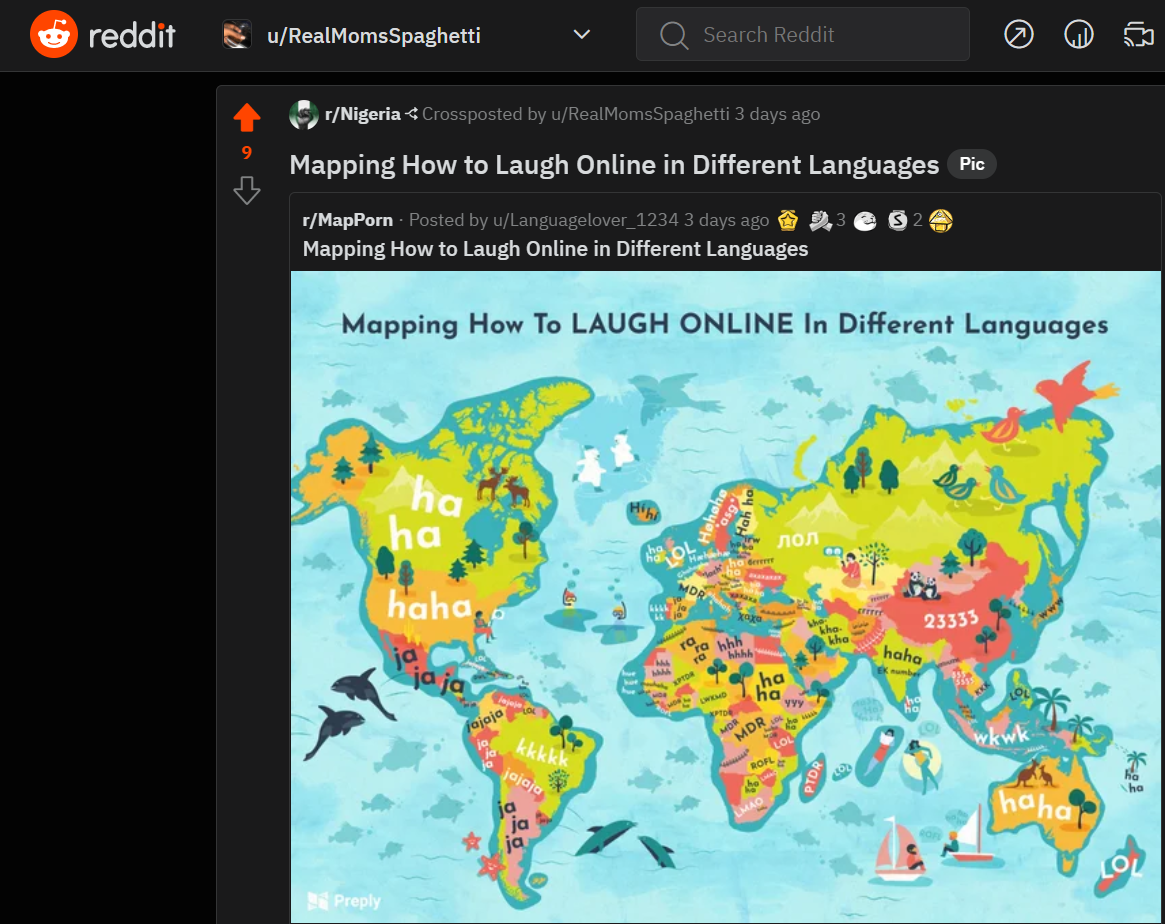 This includes the original poster’s username, community, and karma score on the original post. As a result, other Redditors can find the content’s original source while giving more exposure to the original content and its community. As such, crossposting can help you develop your followers and community.

AMA – AMA literally means Ask Me Anything. The basic meaning is that the OP has indicated their willingness to answer different questions asked by community members where the OP posted the AMA. However, AMA is also a subreddit, and it has featured various popular recipients like Barrack Obama. Likewise, other communities also host AMAs where they bring on important persons related to the community to host an AMA. For example, a community revolving around a TV show may bring up a popular star of the show to host an AMA.

MOASS – MOASS represents the “mother of all short squeezes,” a probable allusion to the short-sellers from the January 2021 GameStop short-squeeze who lost billions on short-sell against the video game retailer. GME increased by about 850% at its peak, mostly as a result of hype that contained the term “MOASS.”

YOLO – This is an acronym for “you only live once.” It was popularized by Drake about ten years ago. The term has now gained widespread use in stock and investing communities like Wall Street Bets. These communities use the term to describe a trader who goes all in on a stock. According to some users, a YOLO trade should be more than three digits and be about 98-100% of your account.

TL;DR – This relatively common expression literally means Too Long; Didn’t Read. As the name implies, it demonstrates that a particular post is of considerable length and that such a person did not read it because of its considerable length. However, this expression has also taken up a related meaning – a summary or a summarised version. An OP may include a TL;DR version under the lengthy post for users who did not read it because it was too long. Many users can also request a summarized version by commenting TL; DR.

Diamond hands – Diamond hands is the expression used to describe stock and crypto traders who do not sell their stock or crypto assets during bearish market swings. The expression compares such an investor’s strength to withstand a big market swing with the diamond’s notorious strength. A commonly related mantra is that “a trader with diamond hands never sells.” On the flip side, Redditors refer to traders that sell their assets easily as traders with “paper hands.”

How Notifier helps you become the Hero!