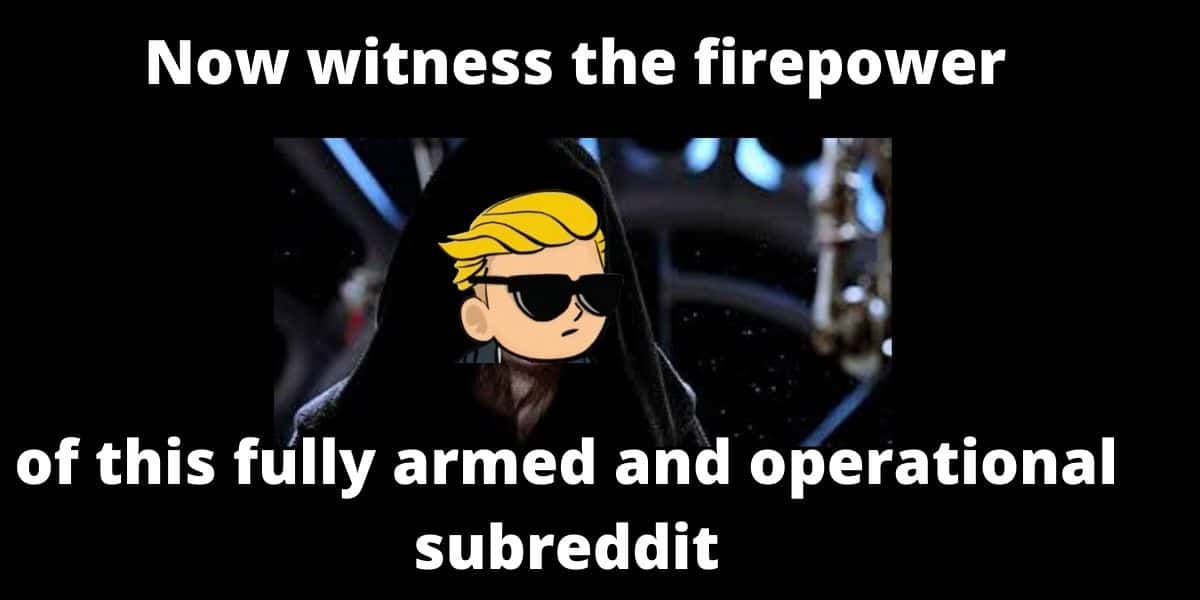 If you have been reading or watching the chaos on Wall Street for the past few days, you would have realized how powerful and influential Reddit has become. Until this has happened, few hvae realized the true potential of social media platforms, especially ‘the front page of the internet’ (that’s what Reddit calls itself).

Yes, the people behind this chaos are just amateur stock traders who are members of a subreddit r/wallstreetbets (also known as WSB).

They are not big-time traders, brokers, fund managers, or investment firms. They are common people like you, all hooked up on subreddit r/wallstreetbets to make money out of stock trading.

This is quite shocking because top investment agencies like Hedge funds or Melvin Capitals couldn’t beat them and suffered huge losses.

How did the GameStop trade saga start?

GameStop is a video game retailer. It has over 5000 stores. It also sells its products online. The company was already in losses and the pandemic further worsened its situation because buyers just didn’t want to go to a physical store to buy a video game that could be easily bought online. Experts expected that it wouldn’t be able to make a profit at least for some years.

Hedge Funds and Melvin Capital were betting against it by short-selling its share. Soon, GameStop became one of the most-shorted shares on Wall Street. Others were AMC Theaters and Bed Bath & Beyond.

Some members of subreddit WSB started discussing it on the forum and soon, they all ‘ganged up’ against these short-sellers.

They started buying it, which forced its share price to go up (opposite of what short-sellers wanted).

The more the price rose, the more members joined in the snowball and started buying more and more to an extent that the short-sellers had to cover up their position with what they claimed to be a ‘100% loss’. From as low as $20 to as high as $380, GameStop’s share prices rose so fast that even experts couldn’t control it.

Was it ethical? Where is it heading?

This is the world we live in now. Social media platforms like Reddit can have a massive influence. And it’s another reason you can’t afford to not leverage social listening tools like Notifier!

While many people are calling it cyberterrorism and unethical, many others are supporting it claiming that if investment agencies can control the prices of a stock by pumping in a lot of money, why can’t a large group of people with the same interest do it?

This has never happened before and there are no clearly defined laws according to which the GameStop stock price saga could be called unethical and against the law.

A lot of people have come together to beat the monopoly of Hedge Funds and other investment agencies. Never before so many people have joined and turned into a movement.

Marc Adesso, partner at Saul Ewing Arnstein & Lehr has stated that the U.S. Securities and Exchange Commission should come up with some rules to prevent such incidents but the SEC hasn’t commented anything until the time this article was written.

So, we can assume that it isn’t something unethical. If big investors can do it, why not a group of individuals.

In fact, while the actions of the members of WSB were clearly legal it is the actions of apps like Robin Hood that restricted purchases of some WSB targeted stocks that are not under investigation!

Whether you are a small-scale vegan cosmetic manufacturer or a Fortune 500 company, you can anytime become a subreddit’s main talking point.

Be honest, real, and keep an eye on how your brand is being perceived on Reddit (and other social media platforms)

Reddit is not Facebook or Twitter where you can hide or delete comments or control the action of your followers. It is a social media platform in true-sense where you cannot control what is being said about you. The max you can do is to track and listen to what is being said about you. When you know what and where your brand is being mentioned, you can come up with a strategy to handle the annoyed redditors so the situation doesn’t go out of control.

Now that Redditors have realized their power, they aren’t going to stop anytime soon.

Make a small mistake and soon your unhappy customers will start lashing you there.

Negative Reddit discussions can do significant damage to your brand’s reputation. They can leave a bad impression on your prospects, who may get influenced enough to not do business with you. Your competitors may join the discussion to further tarnish your image. They may even smartly lure away your unhappy customers.

Social media backlashes are not new. Even big corporates get trolled and criticized frequently. Some day you could be targeted too. Y

ou need to stay well-prepared to handle such situations in a way that they do minimum damage to your reputation. You need to create strategies that help you emerge as a customer-friendly, socially-responsible, modern business even when you are being criticized by your unhappy customers. To do this, you need to listen to what is being said about you. That’s what is called social listening.

When you regularly and carefully listen to comments and criticisms and respond to them, you will be able to win back even the toughest customers.

Unhappy people will obviously complain. Being a responsible business owner, you need to make sure their complaints are well-addressed. You need to assure them that their issues will be handled promptly. You need to keep them in the loop throughout the process. When you make them feel important, they will obviously stop spreading negativity about your brand.

You can use Notifier, our Reddit monitoring tool that can help you track every mention of your brand on all popular social media platforms. You can also use it to track the mentions of the keywords relevant to your business. This will help you join the conversations that can help you build or protect your brand name. Notifier can alert you within 30 seconds, so you can quickly get to work and handle the situation right at the beginning.

Until now, most marketers have preferred to stay away from Reddit because it is just too messy. Unlike Facebook and Twitter where people tag you or go to your page and post something, on Reddit, they just use your brand name, which makes it difficult to search. But, the recent GameStop share trading incident has clearly proven that Reddit is more powerful than what we have thought and there is no way we can avoid it. Here is an interesting blog that can help you understand how it works and how you can use it for marketing your business.

Looking to try out Notifier or find out more information!? Check out our short demo and then click on one of the buttons below: